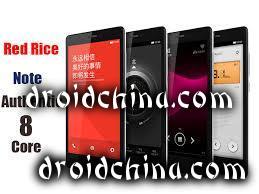 Priced as the cheapest phone made by phone maker Xiaomi, the XIAOMI Red Rice Note, also popularly known as the Xiaomi RedMi, is without a doubt still a specimen of excellence.

At first glance, it is not so outstanding. Whoever came up with its design was probably bored as it has that generic, everyday look and it will not particularly wow you. However, credit has to be given where it is due. It has a sturdy build and with its 9.9 mm thickness, it will not bend easily so rest easy, your screen is safe. The Xiaomi Red Rice Note has a 5.5 inch HD IPS OGS screen and protected with gorilla glass hence your little kids or siblings will not do much harm to the screen with their mishandling. At the front, you have a 5.0 megapixel camera with proximity and light sensors and even though it is still acceptable quality, you can say good bye to all those Skype calls and video conferencing dreams you had as it only records 720pi video records. The back camera however is a 13 megapixel offering with LED flash and autofocus and records full high definition videos. Most impressive in this functionality though would be that the camera does everything for you. No more settings, no more balancing brightness and all; the camera utility chooses optimal settings for each shot taken, so go ahead, point and shoot! In addition to the 1 GB RAM the Red Rice Note has an additional 8GB memory for all your storage needs. You could also choose to expand memory with a TF card which it supports up to 32GB! 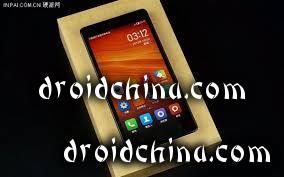 The power button and the volume buttons are all on the same side and more often than not, you might press one when you meant the other and whilst it is not exactly a major design flaw, it does bear improvement. Commonly compared as the Apple of China, Xiaomi’s Red Rice Note has a lot of similarities to its sister across the seas. With the 5 point multitouch IPS OGS HD screen, manipulation by touch is literally flawless. You can swap between pages on the home screen at ultra speeds with absolutely no lagging or tailing and view the screen at all angles clearly. In addition, you can use the phone in direct sunlight with absolutely no strain. 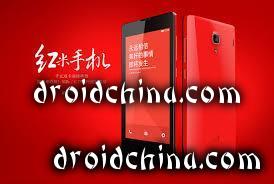 The Xiaomi is to be commended too for their aesthetic design inside the phone. The home screen is accessible behind a locked screen with customizable shortcuts for quick use on the go. You can press and hold down the locker to access your camera, calls, and texts or unlock the screen when slid in any of their directions and for that quick look if you have any missed calls or texts, you simply hold down the screen and any notifications you have will be displayed. Once unlocked, the similarity to the Apple iOS is uncanny. Whereas on most android phones applications are accessed in the app drawer, with the Xiaomi Red Rice Note, all your applications are accessible on customizable pages on the home screen. In addition, a multitude of settings are accessible by a simple pull-down menu that allows you to switch things up however you want it. A feature that most users will enjoy on the pull-down menu is the notification panel that shows a running count of your data usage. So now, you no longer have to download apps to track your data usage, the phone does that for you! 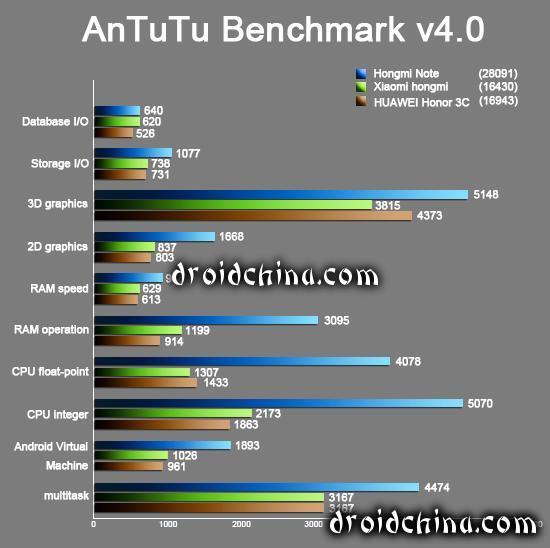 The Xiaomi Red Rice Note is powered by a 1.7GHz MTK6592 octa-core processor running a custom ROM, the MIUI based on the android 4.2+ version and will explain the vastly customizable features on the phone. The micro USB port is used both to charge and also supports the OTG function so you have direct, seamless connectivity across multiple media.

Communication-wise, it supports two SIMs with dual standby. However, when operating on both SIMs, the second SIM only supports GSM broadband and therefore will not access 3G networks. With its vast power under the hood, internet is ridiculously fast with pages loading in no time. This means also that G.P.S is fast with minimal lag in zooming in or out. Navigation works flawlessly with Google Maps for that smooth ride to wherever you’re going or for those apps to track your jogging.

Even with all this functionality, the battery life is decent so do not be afraid to be stranded in the middle of nowhere. It can eke out 24 hours out of the last 20% of your battery.

In a nutshell, the Xiaomi Red Rice Note is a superb choice and for the price it retails at, it is virtually a must-have. It retails at the unbelievable price of US $ 198.85. So why not go and cope it this Easter?