As most Chinese Android phones with Mediatek chipsets, ThL W200S has dual SIM-card. So, you don’t have to buy and carry two phones. It comes in two colors: white and black. The operating system is of course Android 4.2.2 as usual these days. The CPU is MTK6592, Cortex A7 octa-core, 1.7 Ghz. Internal memory is 32 GB with up to 32 GB external micro SD card support. W200S. RAM is a little bit low compared to others and only 1 GB, but it should be ok for normal daily use. 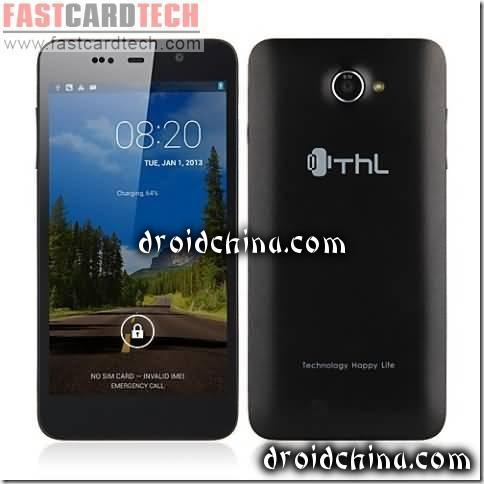 Now we will examine the screen of ThL w200S. The IPS display size is quite big it is 5.0 inch. It has Gorilla Glass III for better scratch resistance. The resolution is 1280×720 pixels. 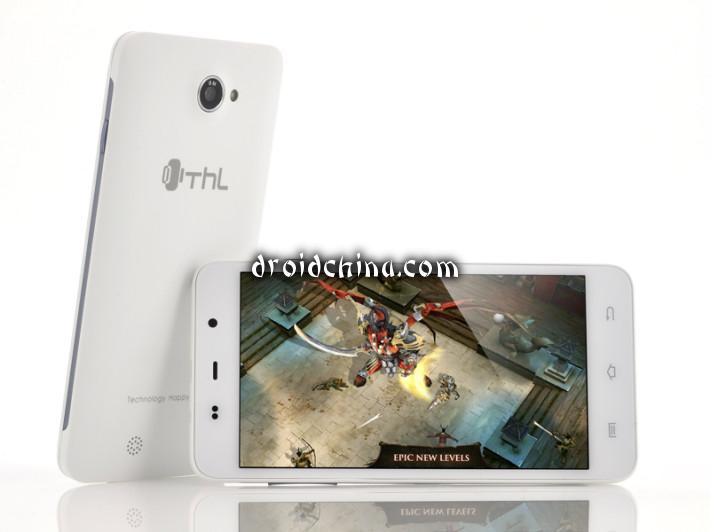 If we are speaking about taking the photos there are two cameras, front camera and the rear one. The front camera has 5.0 megapixels and the rear camera gives you 8.0 megapixels. The camera has flashlight and auto focus. It supports 1080P video record. There are a wide range of supported languages, so you can choose the one you need to understand everything the phone offers you. The size of ThL W200S are 151 x 70 x 10mm (L x W x D). Its weight is 151 grams. 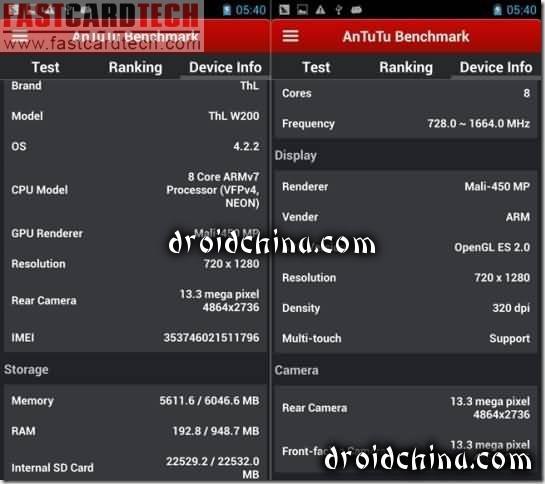 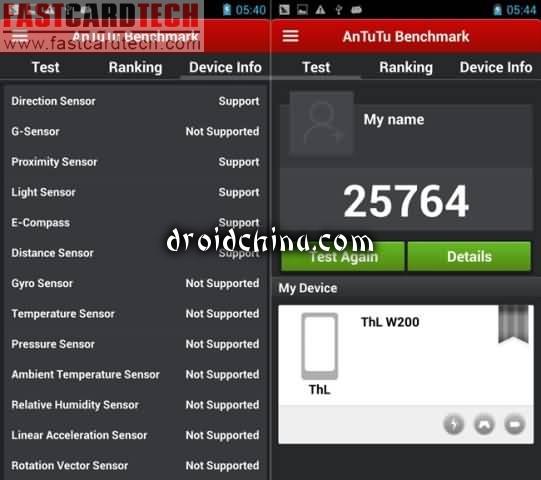 ThL W200S’ antutu score is high but not the best one in the crowd. It comes with most common sensors.  It is very powerful with its Octa-Core and it looks very elegant and smart. Of course, the price for this smartphone is ridiculous in comparison with famous brand mobile phones. Fastcardtech sells it for US$191.99

Stock factory firmware can be downloaded from here.

Discuss in our forums: http://droidchina.com/forum/Forum-Others