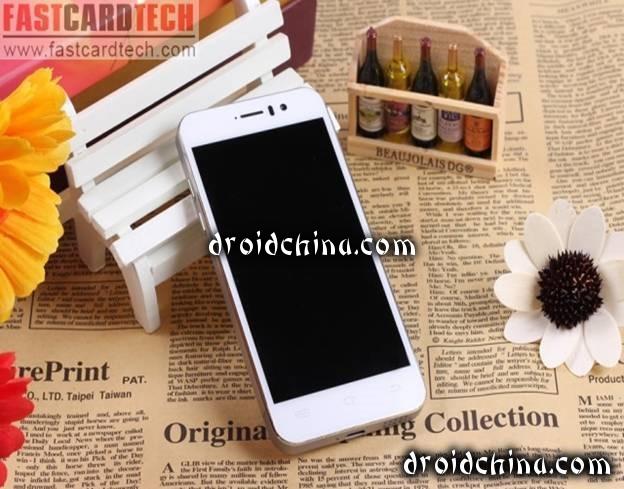 Well, the name of this great device is Jiayu G5, which is build on MTK6592 Octa Core 1.7GHz Mediatek processor, 4.5inch IPS HD OGS screen and Android 4.2.1. Android 4.2.1 OS which is a little bit outdated today when compared to Andoid 4.4 Kit-Kat that can be found on newly released brand phones. But, in reality as it offers almost all of the features of Kit-Kat.

For those who appreciate good look it’s just what you’re looking for. Thin, fashionable, with big screen, metal frame, same as its predecessor G5,  resembling to iPhone. 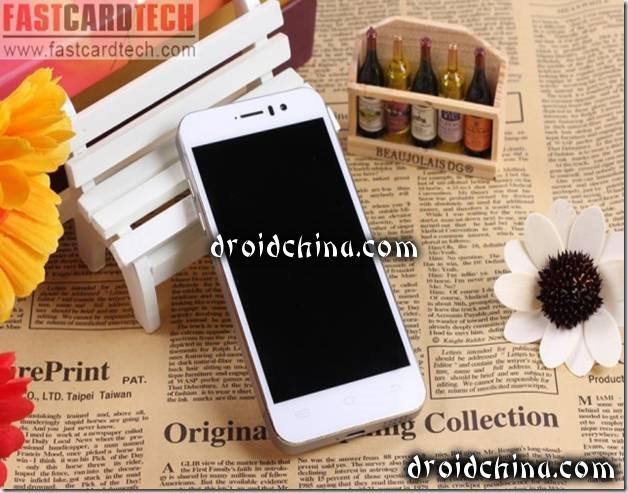 Hardware specification of this smartphone is very powerful. The 4 GB (16 GB Optional) internal ROM memory of Jiayu G5S can be extended with +64G using additional TF Card. Its RAM memory is 1G (2GB Optional). Jiayu G5 is now available in two colors; black or white. But, we are wondering if Jiayu will also release a gold version in the future. It has performance monster Octa-Core MTK6592 and comes with pre-installed Google Play Store. It means you can download everything you need just for a few minutes without hacking your firmware to install Play Store. Isn’t it great? The phone has different sensors, for example, light sensor, proximity sensor and gravity sensor, magnetic sensor, compass etc. Its 4.5 inch screen supports 1280×720 pixels resolution and has scratch resistant Gorilla Glass II.  Even though its weight is a little on heavier side with 160 grams because of its metal frame, it is still easy to carry this phone owing to its small size. 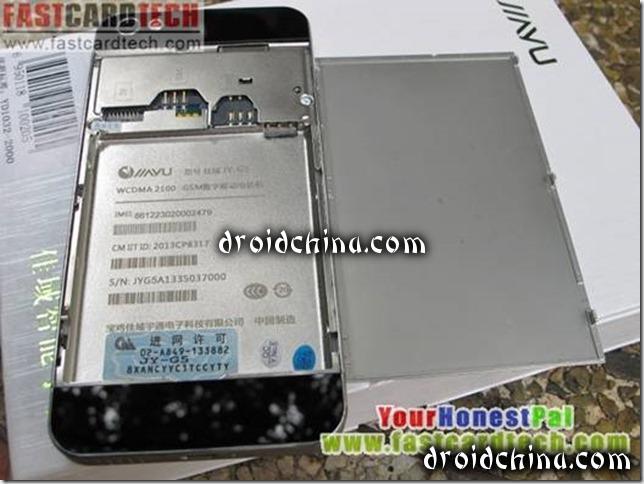 For those who are fond of taking photos Jiayu G5 offers two cameras: front camera and back one. The back camera resolution is 13 MP and it means your pictures will be just of gorgeous quality, while the front camera gives you the possibility to take photos with resolution which is 3 MP, great for chatting through Skype and just making photos of yourself or taking videos. The photos taken by this smartphone are colorful, bright and clear. 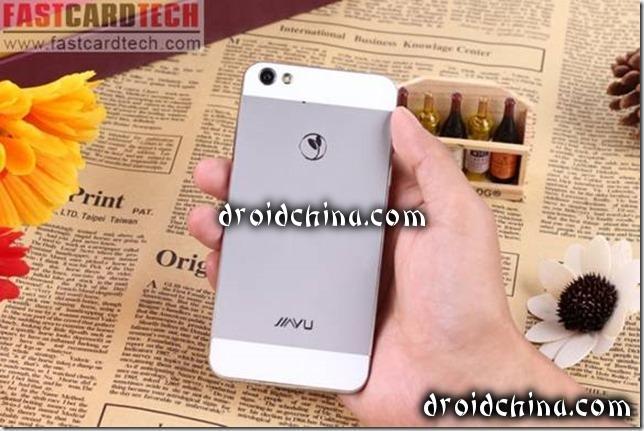 Jiayu G5S is a dual SIM (Normal Simcard + Micro Simcard) smartphone and has support for 3G WCDMA, but not 4G LTE. It has an average 2000mAh (3000mAh optional) battery. It also supports OTG function but no NFC or gesture control support.

Jiayu G5S can be ordered from Fastcardtech with a starting price from  US$219.99 for the lower spec version.

Discuss in our forum thread: http://droidchina.com/forum/Thread-Review-Jiayu-G5S